Ian’s role as Technical Director of the WCC stems from the wealth of experience he has gained over more than 15 years in Wi-Fi network Planning, Design, Survey, Implementation, Security Auditing and Support.

Ian has been pro-active in Wi-Fi network engineering since 2001. His company was appointed as the World’s first and only CWNP GOLD Learning Partner after becoming the most significant provider and innovator in Wi-Fi engineer training and certification.

Since gaining his degree in Physics at the University of Oxford in 1983, Ian has amassed more than 30 years’ experience in RF and wireless technologies, including enterprise Wi-Fi networks, 2G, 3G, LTE, TETRA, satellite communications and WiMAX network Engineering.

With his strong RF background, Ian has worked for several UK and USA agencies, and the military since 2001. His enterprise-grade Wi-Fi network deployments have included all commercial sectors, industrial networks, full-scale university deployments, campus deployments in Europe and many more.

Ian’s client list reads like a who’s who in IT, and includes many of the leading IT manufacturers, Telcos, Mobile network operators, Universities, Colleges of Higher Education and more. He has worked with all Wi-Fi vendors – including Cisco, Aruba, Ruckus, Meru, HP, Meraki, Aerohive, Motorola, Xirrus, AirTight, Ubiquiti, Ekahau, AirMagnet, Tamosoft to name but a few.

As lead Seminar presenter, Ian has many years’ experience presenting to International audiences at all levels. 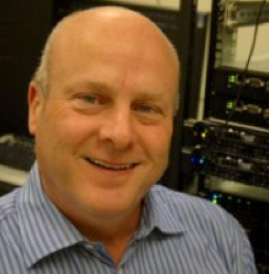 Steve has an almost unrivalled track record in management and innovation in Information Technology. Recognising the need for new global standards for Wi-Fi network engineering, Steve is a senior advisor to the WCC’s standards process, promotion and adoption across the IT industry.

Steve points us to the success of the Uptime Institute® – an independent body which successfully defined the standards for IT data centre operations and data centre professionals.

The Uptime Institute is an unbiased, third-party data centre research, education, and consulting organisation focused on improving data centre performance and efficiency through collaboration and innovation.

The WCC’s mission is similar in many ways – but applied to the burgeoning wireless network industry.

As a subject matter expert, Steve is credited as the initiator of the Data Centre Maturity Model adopted by the Green Grid.

Steve is a globally recognised businessman and a thought leader in Virtualisation, Solid State Storage, Cloud, Data Centres, Managed Services, IT Security, Big Data Analytics and Sustainability. He has a significant global following on Twitter, and is the author of “What Every CIO Wants” – a unique insight into the mind and motivations of senior IT and business managers. 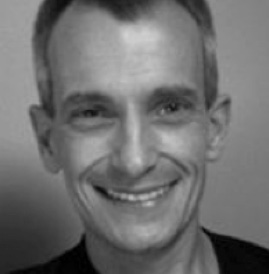 Jimmy is a senior member of the WCC Board of Advisors and a leading advocate of the WCC’s mission.

Jimmy’s role includes input to the WCC standards and publications, and their promotion and adoption by the wireless industry.

As Certified Wireless Network Expert #005, and a 3-year member of the CWNP Board of Advisors, Jimmy is highly-qualified to advise on Wi-Fi WLAN technologies and their deployment. Jimmy became an advocate of wireless technologies, and Wi-Fi in particular, in 2001 after working with Devin Akin from CWNP.

Jimmy’s work on the CWNP Board of Advisors has included the evaluation and certification of new CWNE candidates, and advising on the direction of wireless certification. Much of his work includes consulting on the impact of IEEE 802.11n and 802.11ac technologies in existing and new Wi-Fi network installations.

Register for a Webinar